So – your teenager has been spending hours alone in their room and rarely talks to you. Or, if they do talk to you, they might give you vague answers and not provide deeper insight into their lives. Or, you might catch them sneaking out or lying to you about what they’re doing.

The desire to be more independent is something that all teenagers go through. However, there is still a line between being independent and being secretive.

Parenting is a hard job and teenagers come with their own set of challenges. Realizing that your teenager is being secretive and withholding information from you is never a good feeling.

Why is my teen secretive?

Keep in mind that people become secretive when they’re struggling with feeling guilt and ashamed. Many teens won’t tell their parents something because they’re worried about how their parents are going to react.

They might worry their parents won’t accept their secret or will be angry with them. And despite the fact teenagers want independence, they also still want the approval of their parents. If they’re worried about disappointing their parents, they won’t feel comfortable disclosing a secret.

Keep in mind that teens wanting some privacy is completely normal. For example, your teenagers might want to spend some time alone in their room instead of playing with their younger brother because they have different interests. As long as they don’t seem to be withholding a troublesome secret or trying to cover up risky behavior, let your teen have some privacy.

However, if your teenager is being secretive and isn’t offering explanations for their behaviors or seem to be lying about their behaviors, there could be cause for concern.

Is it a drug problem?

Some teens might try drugs or alcohol once or twice out of boredom. However, for some teens, that one time might be enough to develop into a substance abuse problem that they try to hide from their parents. If you start spotting the signs of addiction, talk to your teen about the dangers of substance abuse, and seek help.

Teenagers that are bullied at school may begin to withdraw from the world around them. This includes not talking to their parents about the problems they’re facing. Being bullied can cause complex emotions, including depression and anxiety. Teens might feel helpless, angry, and alone. They might worry that going to an adult could cause the bullying to become worse.

Is it sexual abuse?

Teens of both genders can experience sexual abuse if they are forced, pressured, and tricked into sexual activities. They can be sexually abused by their peers and older adults. Teenagers might not feel comfortable disclosing the abuse, worrying that they might be judged letting it happen or worrying that a friend or family member might get in trouble.

Is it an eating disorder?

Struggling with self-image is a problem many teenagers face, but for some teens, this leads to eating disorders such as anorexia and bulimia. Many teens feel the need to hide their eating disorders because they believe they don’t have a problem, they’re worried about how others will react, or they want to protect the feelings of those around them.

Is it uncertainty over gender or sexual identity?

Feeling unsure about their gender or sexual identity can be confusing for many teens and they may not have the words to express how they’re feeling. Or, they might worry that those around them, including their parents, will not be able to accept their true gender or sexual identity. It can be very stressful for a teen to feel like they’re not safe at school or home.

How to help a secretive teen?

If your teen is secretive and you’re struggling to know how to help them, keep an eye out on their behavior and make sure that they know that you’re there for them and willing to talk to them.

Work on keeping a warm relationship with your teen. Remind them that they can also talk to another relative, a teacher, or a counselor if they don’t feel comfortable talking to you.

If you become alarmed by behaviors, make sure to gather the facts before confronting your teen. Also, approach them with concern rather than accusations. And, if needed, don’t hesitate to seek professional help.

A teen that is withdrawn and not communicating with you is cause for concern. While teens wanting privacy and independence over some matters is completely normal, disconnecting completely could be a sign that they are struggling with an emotional secret or are engaging in risky behavior. 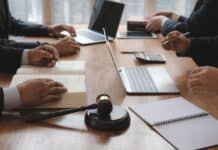 This site uses Akismet to reduce spam. Learn how your comment data is processed.

TIPS FOR UPGRADING YOUR CAREER AS A NURSE

Living with a Disability: How to Live Your Best Life from...

What You Ought to Know about Male Hair Transplant – Tips...

Electrical Stimulation Could Zap the Need for Post-Surgical Physical Therapy